Licensed by Production I.G. (Localized Import)
This pilot is a special feature in the Kick ♥Heart Blu-Ray/DVD Combo Pack, but only DVD in Japanese dub only, strange.

-Story Insight:
One night, Kou over stayed somewhere because he read too much manga. On his run home he sees a bat and decides to run with it. Soon he finds himself trapped in a castle with a girl named Sue and wacky father who is hungry to see him. Watch what an adventurous night that Kou will have. 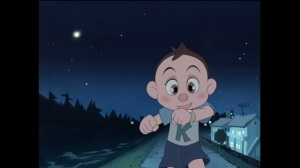 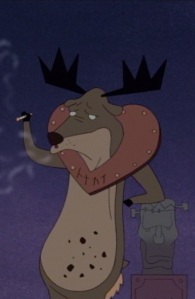 Name: Tonakai
Gender: Male
Personality: Punk.
Role: The ever wise and living head ordainment that makes me want to laugh like a mad man.
VA:
Wataru Takagi (Japanese)
Other Roles:

Well, looking at this chart proves that Papa is not the next evolution of Count Chocula.

-Animation:
The animation fits the silly, haunting, and childish atmosphere that the story needs while most characters noses are as round as pepperoni. Sometime it looked Tex Avery-ish.
Animation Rating: 3.5/5 Smooth and distinct. 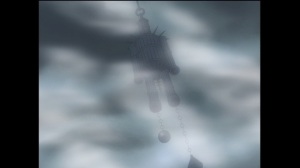 -Other Thoughts:
Well this is my second requests (a special shout out to Justin Sneed) and for a pilot it does its job well. The characters are properly introduced and demonstrated well, the action is thrilling, and the silliness is enjoyable. The romance between the parents is as rememberable as Gomez and Morticia from the Adams Family; however, Papa is just as goofy as Herman Munster from the Munsters. Also the friendship between Kou and Sue is enjoyable as they become buddies and come to each other’s need of help. This really makes me root for Kou and Sue to become a couple and strong one when they are ready.

Later on an antagonist shows up named ‘Vampire Hunter.’ He uses gadgets like a secrete and proves to be a fierce foe by turning Sue and Papa into temporary Werewolves and achieving the unthinkable with his gadgets in hand.

Also we have Tonakai. A live reindeer that watches the house, and he acts like a local punk. He is here to help Kou by informing him of some secrets to this castle. I got a good chuckle or two out of him especially by when we first see the animal.
The castle is a monolith of fantasy and wonder. While having the essential looks of what a vampire castle should look like, the structure does have elements of child logic and coolness like an escalator for the main stairs, or a roller coaster on the roof, or just the huge scaling of this castle. This kind of reminds me of Kaiketsu Zorori but with the neighbor boy and girl getting along together instead of the local trickster who has a hard time getting over his mother’s death.

Also these Vampires are “Vegetarians.” There is more likely more to this tale, but I’m only stuck with a pilot episode that’s part of the localized import of Kick ♥Heart located only on the DVD as a special feature which has NO ENGLISH SUBTITLES!!!

Sadly, I think this series didn’t do too well in Japan since only one DVD of this series was sold with either three-to-four episodes on it. Also like every anime series ever to be animated, Italy is the only other place to find this series because their full of it those alians.

In all honesty after watching this, there really is not that much to say. I did enjoy this and would like to watch more, but pants for Kou would be nice. 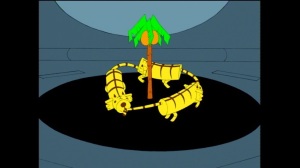 Red heels? Looks like a hot chick is coming to dinner.
Woo-Woo!!! 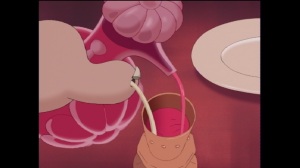 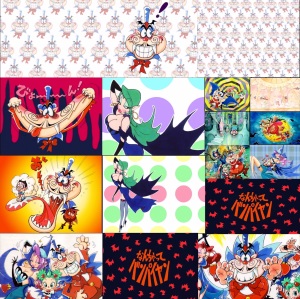 Please let me know what you think in the comments below.

Also for more vampire anime please check out some of my other reviews: